Argo is a three year old Anglo Arabian gelding, that is now being trained by foster parents, Cathy and David of Nipper Knolls Farm.  They are doing a GREAT job. Recent update 12-18-12 “Argo is doing really well. He’s put a few pounds on and is getting some nice muscles!!! It’s great to watch him run up and down the hills with his friends. His training is coming along nicely. He’s had about 15-20 rides on him (walking, turning whoaing etc) He is consistent and level headed. ”  Argo was part of the rescue Easy Street Rescue and the NYS Troopers did in March of 2012. Argo’s current adoption donation is $600.00 To make an appointment to meet Argo please call 518-421-0125. 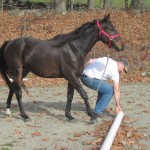 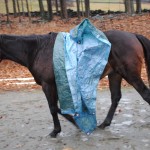 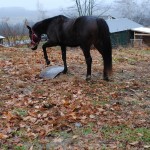 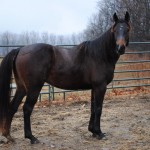